More than 100 community leaders, elected officials and agency staff braved the rain on Friday, Dec. 14, to celebrate the completion of flood protection improvements on a key section of San Francisquito Creek.

Construction of flood protection improvements from U.S. 101 to the San Francisco Bay began in 2016 and were completed in October 2018. These improvements include a widened creek channel into the Palo Alto golf course and enhanced connectivity between the creek and adjacent marsh.

In addition, there is improved access to trails and existing marsh habitat. A “horizontal levee,” also known as a “living levee,” slopes more gradually than a typical levee, creates a more natural, gradual transition from the levee to the adjacent marsh. As the sea level rises, the levee will adapt and continue to provide flood protection.

Other improvements include a beautiful boardwalk extension to the popular Friendship Bridge, which will soon be open for use. Also, Caltrans replaced the U.S. 101 bridge to allow for more storm water to flow under the freeway.

Santa Clara Valley Water District Board Member and San Francisquito Creek Joint Powers Authority Chair Gary Kremen said, “It gives me great pleasure to say that this project, from the Bay to Highway 101, which will protect the most vulnerable neighbors of San Francisquito Creek, is now complete. That’s a statement decades in the making.”

This creek has a long history of flooding and has overflowed seven times since 1910. In 1998, flooding resulted in more than $28 million in damages, affecting more than 1,100 homes.

“We’re not done,” Kremen added. “This is just one part of the creek that we fixed. The next part, we’re going to be working upstream. You have to do downstream before you do upstream. Things like Pope-Chaucer Bridge, Newell Bridge. Areas within the creek. So we have a lot of work to do on this. It’s all been about partnerships.”

The cost of this phase of the overall project is estimated to be $44 million. The water district’s Safe, Clean Water and Natural Flood Protection Project 2012 parcel tax measure has provided more than $35.5 million of the construction funding. The overall project is receiving additional funding from an $8 million state grant, Caltrans, the city of East Palo Alto, the city of Menlo Park, and San Mateo County.

Because this creek crosses through several city and county jurisdictions, a JPA was formed in 1999, following the devastating flood of 1998. The five members are Santa Clara Valley Water District, the San Mateo County Flood Control District, and the cities of Palo Alto, Menlo Park, and East Palo Alto.

These communities are at high risk of severe flooding from flows coming down the creek, particularly during high tides. Improving this stretch of about one and a half miles of San Francisquito Creek constitutes the necessary first step in an overall plan to provide more than 5,700 homes and businesses with creek flood protection during extreme tides and after sea levels rise two feet.

While the flood protection improvements are in place, work continues on environmental enhancements within the adjacent Faber Marsh. New native vegetation will be installed to provide habitat to the salt marsh harvest mouse and Ridgway’s rail.

In addition to this project, the water district is actively planning or constructing flood protection improvements throughout Santa Clara County, including projects along the San Francisco Bay Shoreline, on Upper Guadalupe River, and on Berryessa, Upper Llagas, Permanente, Sunnyvale East and West, Penitencia and Coyote creeks. 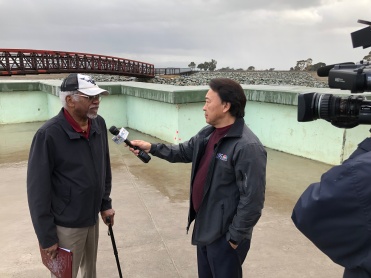 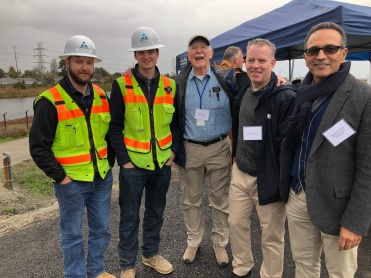 Some of the staff and contractors that made this all happen. 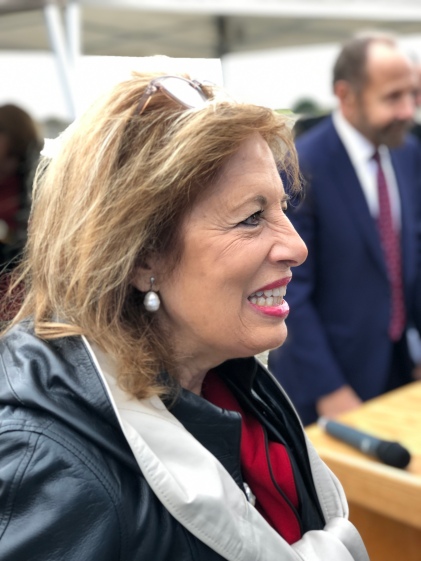 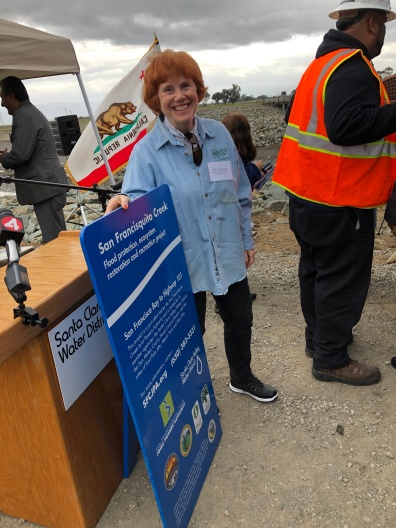 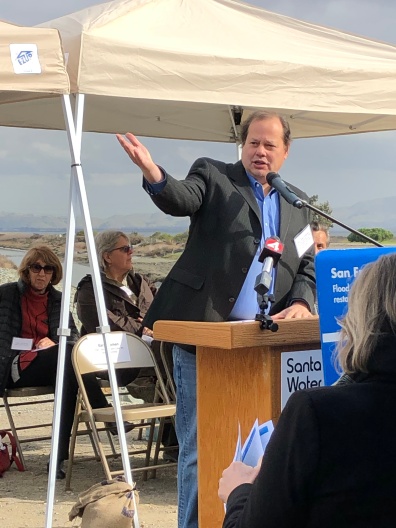 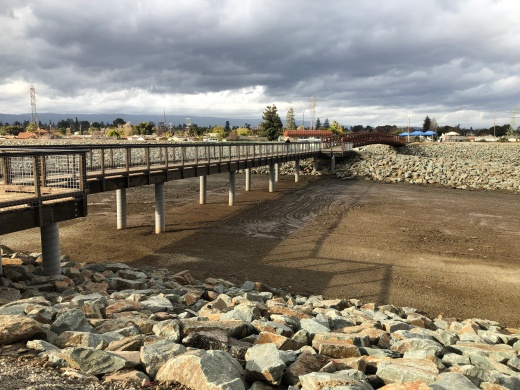 The extended Friendship Bridge will open to the public by the end of 2018. 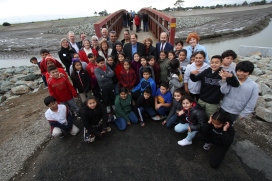 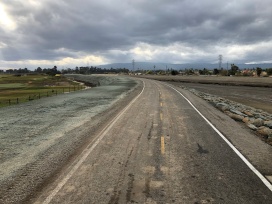 Cyclists, pedestrians and commuters will enjoy improved access to trails.