The red flowering currant is native to the western coast of North America from the southern end of central British Columbia to central California. The red flowering currant’s habitat includes open woods, forest gaps, dry rocky slopes and disturbed sites from sea level up to 6,000 ft. It is able to withstand temperatures down to -4°F. The native is a drought tolerant shrub and could be useful in restoration plantings. It can grow up to 13 feet tall.

The red flowering currant has a strong resinous smell similar to the smell of tree sap, tolu-balsam, or myrrh. The leaves emerge from March to June at the same time as the pink and deep red flowers. Each flower is about 5-10 millimeters in diameter.

The plant produces dark purple oval berries up to 1-centimeter long, which are edible but with a musky taste. It provides early spring nectar for hummingbirds and butterflies, forage for the larvae of more than two dozen species of moths and butterflies, and nesting sites or cover for songbirds and small mammals. Numerous birds including grouse, quail, robins, finches, towhees, and woodpeckers, and small mammals consume the berries. Indigenous people would eat the berries fresh or dried. This species may have medicinal qualities like anti-bacterial and anti-viral properties. The berries, although tart, can be made into jam, jelly, pie, syrup or juice.

Red flowering currant has been a favorite landscape plant since it was introduced to English horticulture by David Douglas, a British botanist after whom the Douglas fir was named. Many horticultural varieties were developed in England and subsequently reintroduced to their native land. 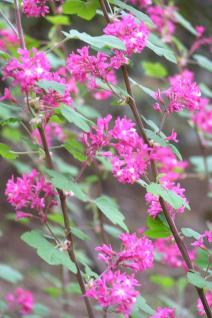 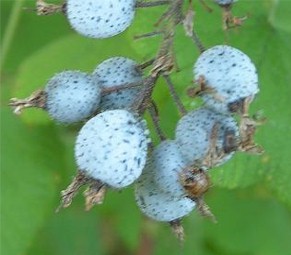 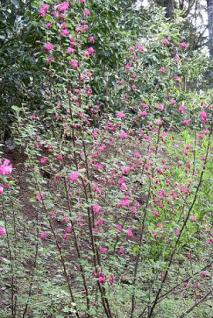