The surge in snow on the Sierra Nevada in the last two weeks isn’t just great news for skiers and snowboarders, but for anyone in California who uses water. Storm activities since Jan. 4 have significantly boosted snow water content levels up from 53 percent of normal on Jan. 4, to more than 191 percent of normal for Jan. 24.

Snow survey information is updated daily, and can be viewed  here.

When the Sierra Nevada snowpack begins to melt in the spring, it will flow into reservoirs, creeks and rivers, and eventually,  the Delta, where the Sacramento and San Joaquin rivers meet. The Delta provides approximately one-third of California’s water, serving over 25 million residents and wildlife, and is transported through the Delta throughout the state by the federally managed Central Valley Project and the State Water Project. Santa Clara County receives its share of imported water through both of these projects.

For California’s water supply, April 1 is an important date. By then, water managers will know how much water is available in the snowpack for the rest of the year. Accumulated levels between now and Apr. 1 will serve as a guide for federal and state water officials to manage the water needs of California’s populous and agriculture-rich state in the months ahead, while keeping enough water in the rivers and reservoirs for fish and wildlife. The amount of water provided by snowmelt is dispersed throughout the state in allocations, which impacts various agencies’ operations. Flood control operators depend on the information to determine how much water can safely be stored in a reservoir during rainstorms without potential flood risks to surrounding areas. Public utilities use the information to determine what percent of electric energy generation will be hydro power.  Agriculture interests use the information to determine crop planting, water pumping needs and irrigation schedules. Water agencies, like the Santa Clara Valley Water District, rely on this information to evaluate its water supplies and determine how to meet the community’s needs with both imported and local water resources. 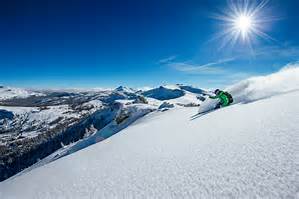 With 105 survey stations across the Sierra Nevada, the first annual snow survey of 2017 conducted at Phillips Station (6000 ft. elevation) on Jan. 4 revealed the Sierra Nevada snowpack’s water content to be 53 percent of average for that time of year, according to Frank Gehrke, Chief Snow Surveyor for the Department of Water Resources.

Snow surveys are normally taken within 2-3 days before or after the first day of January, February, March, April and May.

While the landscape is looking greener, reservoirs are fuller and the Sierra snowpack is getting deeper, we are just barely stepping into the winter months and it’s important to remember that the rainy season could end just as quickly as it began.  If it doesn’t rain or snow for the rest of the season, and the snow melts early, drought conditions could come back. It’s important to continue the practice of valuing our water by making water conservation a way of life.

The next snow pack measurement is set for early February 2017.  Follow this blog to see what future snow surveys will reveal about the future of our water supply.